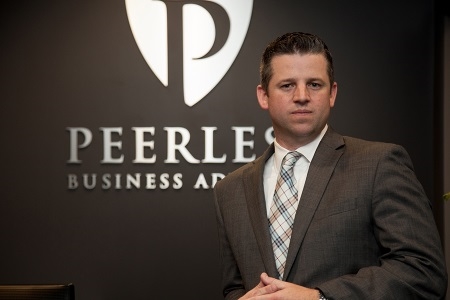 Joe has been in the financial industry since 2000, specializing in advanced planning cases, coordinating the efforts of attorneys, accountants and trust officers. Joe began his planning career as an advisor for Guardian Life Insurance Company in Tampa, FL. Joe returned to PA in 2002 and became the Director of Advanced Planning for IPG, where he was promoted to Sales Manager and became a consistent leader’s club producer. Joe joined Penn Mutual in 2008 as the Director of Advanced Planning and due to his success, in 2011 Joe left Penn Mutual and became CEO of MassMutual* Eastern Pennsylvania, becoming one of the youngest General Agents in the company’s career agency system. In 2012, Joe co-founded Peerless Business Advisors in response to the tremendous need for comprehensive business owner planning that he realized was lacking in the Lehigh Valley area of Pennsylvania.

Joe received a Bachelor of Science degree from LaSalle University with a major in Finance and a minor in Risk Management Insurance. He is a member of the Lehigh Valley Estate Planning Council, the Association for Advanced Life Underwriting (AALU) and is President Elect of NAIFA-Lehigh Valley Chapter. In 2014 Joe was named one of Lehigh Valley’s top 40 Under 40, is a Lehigh Valley Angels Investor member, and has won the GAMA International Diamond Award in 2012, 2013, and 2014, an award that recognizes excellence in traditional and contemporary field management throughout the financial services industry. Joe currently resides with his wife and son in southeastern PA.